The GI mucosa is the largest immune system in the body, likely owing to its status as the largest area of interface with the outside world. The GI tract contains luminal microbiota and numerous immune cells in the epithelium, lamina propria mucosa, and lymphoid follicles. VIP, as an anti-inflammatory mediator, downregulates the abundance of pro-inflammatory cytokines and mediators such as TNF-α, IL-6, IL-12, nitric oxide, and chemokines. VIP, which is also produced by type 2 lymphocytes (Th2), could also be classified as a Th2 cytokine. The potent anti-inflammatory effects of VIP may result from its promotion of Th cell differentiation toward a “Th2” phenotype. Moreover, VIP also increases regulatory T cell production while inhibiting macrophage pro-inflammatory actions, all contributing to its anti-inflammatory effects.

VIP was proposed as a biomarker for inflammatory bowel disease (IBD) such as Crohn’s disease and ulcerative colitis in a study reporting elevated VIP plasma concentrations during the active inflammatory disease phase. A recent study also reported that VIP content is higher in plasma and in ileal or colonic tissues resected from Crohn’s disease or ulcerative colitis patients, respectively, than those from healthy subjects. Furthermore, the anti-inflammatory properties of VIP on Th1 immunity, which is involved in autoimmune diseases including IBD, suggest that VIP is involved in the pathogenesis of IBD and may be a therapeutic target.

Since VIP contributes to important physiological functions including anion secretion, the regulation of permeability of epithelial tight junctions, mucosal inflammation, glycemic control, Th1–Th2 balance, and tumor growth, VIP has been suggested to be a therapeutic target for diseases such as diarrhea, IBD, diabetes, autoimmune diseases, neurodegenerative disorders, lung disease, sarcoidosis, and cancers. Although VIP has well-studied anti-inflammatory and other therapeutic potential, VIP-based drug design has not been entirely successful because rapid degradation of the peptide limits its bioavailability and delivery. Furthermore, multiple cellular targets that bind VIP at high affinity may cause undesirable adverse effects. Therefore, synthesis of a stable VIP analog, or the targeted delivery of VIP or its analogs via nanoparticles are desirable options. It stimulates myocardial contractility, causes vasodilation, increases glycogenolysis, lowers arterial blood pressure and relaxes the smooth muscle of trachea, stomach and gall bladder.

VIP stimulates the heart to contract, causes vasodilation (hence its name), and lowers blood pressure. It also increases glycogen breakdown and relaxes the smooth muscle of the trachea, stomach, and gallbladder. Additionally, VIP increases motility, muscle relaxation of the GI tract (lower esophageal sphincter, stomach, gallbladder). It stimulates the secretion of water, bicarbonate, andbile into the pancreatic juice, stimulates pepsinogen, and lowers stomach acid secretion (by gastrin) and inhibits the absorption of water from the intestines.

Mice without VIP have elevated blood glucose, insulin, and leptin levels. They have enhanced taste preference for sweet foods, which is linked withleptin resistance due to abnormal taste buds.

VIP also helped scientists better understand the vaginal changes of arousal. VIP is thought to be responsible for increasing and maintaining vaginal lubrication in women, doubling the total volume of lubrication produced.

Little is known about the effects of VIP on the circadian rhythm in humans. Based on animal experiments, VIP is thought to be involved in synchronizing the timing of SCN function with the environmental light-dark cycle. Therefore, it might play a role in sleep.

VIP-deficient mice have less strong (i.e lower amplitude) circadian rhythms as well as out of sync clocks with the SCN and other tissue.

In the adrenals, circadian rhythms (Per1) were lost in VIP-deficient mice, while in the liver, the most dramatic impact was on the phase or timing of the rhythm.

If the product does succeed, it would complete a 50-year effort to bring VIP into the clinic as a drug.

Therapeutics AG of Switzerland described rapid recovery of a seriously ill patient, age 54, who received VIP at. The man developed COVID-19 following a double lung transplant. He was able to come off the ventilator the day after completing a 3-day series of VIP infusions.

"Similar results were subsequently seen in more than 15 patients treated under emergency use IND and an FDA expanded access protocol. These patients received the drug as compassionate use after being deemed too sick to participate in the companies' ongoing phase II/III trial.

Findings in those patients, according to the companies, included rapid clearing of "classic pneumonitis findings on an x-ray," improvement in blood oxygen, and a 50% or greater average decrease in laboratory markers associated with COVID-19 inflammation.

VIP was first discovered in 1970; it was found to have vasodilator properties, especially in the lung.

The peptide might have application in COVID-19, as the virus "appears to damage blood vessels in very severe cases."

"VIP might preserve vessel function if damaged by COVID. There are a lot of receptors on cells in the lungs that could be infected by COVID and perhaps could prevent uptake of virus into these cells and stop the progression of disease."

Despite its failures in pulmonary hypertension, its properties still mean it could be useful in a number of ways in COVID-19 patients. 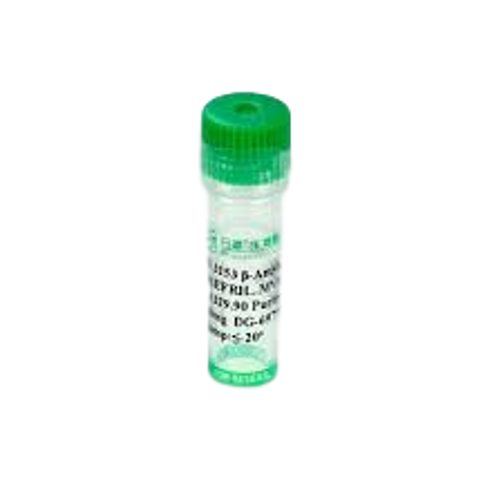